So this is the part of the blog where I turn around and ask readers for money for a charity. You need to pledge to donate $250.00 for every mile I walk in 2011. Just do it, it’s for a good cause. Trust me. I haven’t lied to you yet.

Obviously I’m only kidding. $250 is weak. You know what’s not weak though? Walking isn’t. Maybe one of the most underrated types of exercise of all time, walking has been around for hundreds of years. The first evidence of human-mammalsapians donning a pair of legs and walking around is documented in a cave in Egypt tha 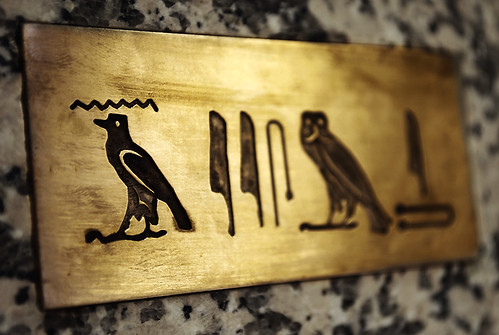 t has since been destroyed by the fires of revolution. As you can see from the picture on the left, early humans had a large beak and spent most of their time swimming, which explains why the blue whale is now extinct. As humans experimented more and more with their new found foot power, various advances were made in science, including the wheel, the Hubble telescope, and hunting. All of these things increased the desire and scope of ability for the early humans, leaving them wanting more and more out of their legs. But as time went on, society developed, Starbucks began to slowly hypnotize the youth, and we slowly began to exchange our strong virulent legs for crude imitations, which appear to be crafted out of homemade play-doh.

All that history, to say that walking is an important part of human movement and mobility, and by not walking, taking the closest space at the mall, using the elevator, spending time on World of Warcraft in the evening, we forsake an easy way of staying healthy. Men and women both get a decreased risk for heart disease, depression, breast and colon cancer, osteoporosis, and the big D, diabetes. If you already suffer from one, or a few of these maladies, walking for just 3 hours per week can help reduce symptoms.

Walking at 3.5 miles per hour (a nice quick pace) can burn around 350 calories depending on weight. Just adding in 3 days per week of walking can cause you to burn an e

xtra pound of fat per month. Either that, or it gives you the freedom to eat one linebacker sized meal at taco bell. But to each their own.

One of the most common methods of cardio done by bodybuilders and those wishing to lean down without losing a lot of muscle mass is walking for an extended period of time. Maybe you don’t want to be a bodybuilder skippy, but those guys know their stuff when it comes to body composition manipulation.

In addition, walking will help with posture, and core strength as well, because you’re doing what your body was meant to do in standing up straight and moving around. It’s not a novel idea, but it’s one that a lot of people forget about in their day to day business, taking the kids to soccer, doctor’s appointments, pretending you have a black belt in the mirror…the list goes on and on.

So take it day by day, park farther away from the store when you’re shopping, and carry your bags when you leave. Walk up the stairs at work, detox from the day with a walk around the block with your significant other. (bonus: improves communication and relieves relationship tension)

In conclusion, walking is good. Do it. Don’t overdo it and spend all your time at the gym walking on a treadmill, it’s just part of the equation, just an extra you can do in order to keep leaning out, losing fat and staying healthy.