I’m gonna let you in on a secret right now, it’s not a fitness secret though. It’s a secret about one of the easiest ways to drive me out of my mind crazy when it comes to training. This is one that I get a lot of the times from women, and less often, but still an upsetting amount, from men.

The next person that I happen to be training, that turns, and looks me in the eyes, and says sincerely that they don’t want to train with weights because they’ll bulk up, I’m going to snap. If I do, rest assured, you’ll spend the rest of the workout doing a combination of wall taps and horse walks, which are not weight bearing exercises.

Also pictured below is little Timmy McTimmerson who (apparently) plays for the Cardinals. I have never seen him before on the field though, and can’t find him in our roster. Oh well, hard to keep up with all this lockout nonsense 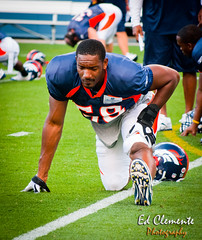 The point is, no matter what a football player looked like in her mind, whether he was a hulking man-beast with biceps that had their own mouths and require a sacrifice of a goat every morning, or if her idea of a football player was 6 years old, and looked like he had a bad attitude, neither makes sense for her to compare herself too. I’ve seen a lot of body transformations in this business, but it would blow my mind for a full grown woman to morph into a small boy or a black man just by lifting weights. Kidding. I see that kind of stuff all the time.

That being said, it’s still important for everyone to be doing loaded exercises. Everyone from the very elderly, to small children. It’s a scientific fact that kids, and geriatrics have too much energy. Help them build muscle and stay active by having them move loads of bricks around your yard. Don’t need anything built you say? No problem, have the kids stack the bricks in different orders or build neat things with them. Boom, exercising the body and the mind. That’s what we do here.

Weight bearing movements are great for a lot of reasons. Staving off obesity, keeping you healthy (see every other article I’ve written), crafting your body into a glorious marble-esque tribute to the glute complex….etc. Also, it helps keep osteoperosis at bay. If you’re a woman, you’re already 48% more likely to develop symptoms for osteopenia or osteoperosis at some point in your life. (Caused by the breakdown of calcium in your bones, it causes bones to become weak and brittle, which can cause stress fractures, and even broken bones.) Hey women, still with me? Guess what else increases your chances of getting it? Getting older, lack of muscle mass, being white, poor diet, no exercise.

While there are some things on that list that you cannot control, the rest are up to you.

Let me address the main concern that a lot of women voice, that lifting weights will cause them to gain muscle.
This is true. You we 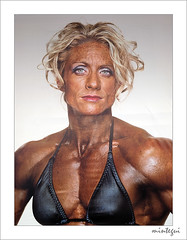 re right all along. However, (and this is the big however) simply lifting weights will not give you a bodybuilder physique. Especially a lady bodybuilder’s physique. There is simply too much else that goes into a body like this:

Including a meticulous diet, hours upon hours in the gym, and drugs.
You’ll gain muscle alright, but it will be the kind of muscle you want, that gives you nice curves, great arms and legs, and makes all your friends stare at your butt…. If they’re good friends they will…

Trick question. The answer is squats.