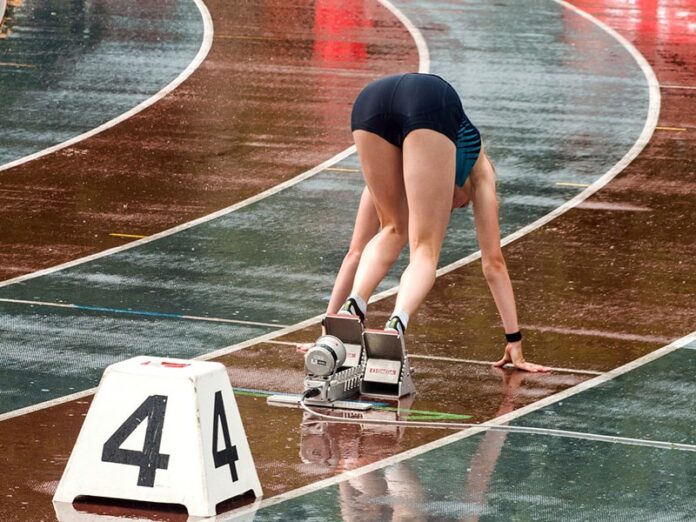 The muscles in the hip and the thigh are some of the most powerful in the human body. While the glute muscles are the biggest, the hamstrings are equally powerful more often injured by athletes and weekend warriors alike. It’s important to train the best hamstring exercises in order to utilize this spectacular muscle group.

In this article we’ll talk about the function of the hamstrings, why you should train them twice as much as the quads, and the BEST exercises to strengthen your hammies for strong bulletproof legs and knees.

When you ask someone to flex, hardly anyone is going to flash their pasty white upper thighs at you to get a glimpse of their hamstrings. And while these muscles can grow to be much larger than your bi’s or tri’s, they aren’t going to be featured on the cover of Men’s Health any time soon.

Hamstrings are integral to any athletic activity. Sprinting, jumping, throwing, punching – hams are either the primary muscle or a strong secondary in all of these activities.

When most people think leg exercises, they think about squats, lunges, leg press, or even calf raises. The hamstrings just don’t get as much love. It should be no surprise then that these less “sexy” muscle groups that are used often, but trained infrequently, are often injured by athletes and regular people alike.

In order to work synergisticly with the quads, the hamstrings should be AT LEAST 60% as strong as the quads, at the bare minimum. This means that basically if you can do 100lbs on a leg extension, you should be able to do 60lbs on a leg curl.

Again though, this is a the minimum requirement for being a human. This does not begin to take into account general athletics, or the specific requirements of your sport. I personally find that people feel and function better with a 1:1 strength ratio.

Since most of us gloss over anatomical pictures and data because science is confusing and terrifying, let me keep it super simple.

The hamstring is made up of 3 muscles. semiMEMBRANOSUS, semiTENDINOSUS, and Biceps Femoris.

Like when you’re backing that thang up up the club, and you execute a perfectly timed ‘bend and snap’.  This is actually how the Romanian Deadlift was first invented.

Coaching Notes: Make sure that you press the hips back, rather than bending forward at the hips. Pause at the bottom with a strong stable core, lift back up with the hamstrings and glutes until the weights are just above the knees, pause again. Finish by pressing the hips through and squeezing the glutes.

Coaching Notes: Keep the weight in the hand opposite of the planted foot. In the video example, the left leg is planted and the right hand holds the weight. Keep the planted knee ‘soft’.  Extend the back leg as a counterbalance as you perform the exercise.

Make sure that the opposite hip doesn’t lift up to make the exercise easier. The hips should stay flat through the whole movement.

Coaching Notes:This is an RDL with a cable attachment. I prefer to use the rope. Set up in front of a cable machine, facing away from the handle,set at the low position.

Grab the rope, push the hips back, and bend over. Knees are soft, and back should be flat.

As you begin the lifting portion, drive the hips through, and bring the rope back in front of the hips. Separating the ropes by pulling them apart is more comfortable.

The motion that you perform when trying to touch your heel to your butt.  a la the leg curl machine at the gym.

Coaching Notes: A pretty easy exercise that most of us have done before, lying leg curls are easily butchered with momentum, and by letting other muscles take over.

The calf can easily get involved in this movement because the gastrocnemius (the larger of the 2 calf muscles) crosses the knee, and can be used to start the movement. The way to mitigate this is by pointing your toe like a ballerina (plantar flexing) . This forces the calf to engage in order to point the toe, so it becomes useless for knee flexion.

This can also cause some hamstring/calf cramping. This is normal. Make sure you’re getting a full range of motion by straightening the knee and flexing the quad. If you do cramp up, take a second to stretch, then go back into the exercise. 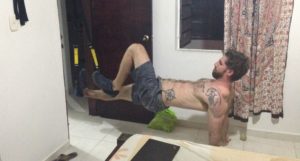 Coaching Notes: This is a full body and core exercise that basically resembles a reverse plank while using the knee flexion function of the hamstrings to do leg curls. The key is to keep the body flat and keep equal amounts of pressure in both heels to keep the straps from sliding left to right.

Since the hamstring performs both of these movements, performing them simultaneously can be quite advantageous to building strong resilient hamstrings, protecting the knees, and getting separation in what my clients lovingly refer to as the “thass” – the area where the thigh and ass come together.

These exercises are some of the most difficult, painful, and rewarding moves you can do in the gym for creating results, and if you’ve never done them before, you’ll probably feel some intense soreness after a few sets. But don’t let that stop you, it’s worth it to protect the knee and ACL, which is invaluable, especially if you play sports, or plan on running hard for rec league softball after a 7 year hiatus from anything resembling a sprint.

These might take some practice if you’re unfamiliar, but they’re worth learning for the bulletproofing element they add to the knee and low back.

Coaching Notes: A staple for athletes of every discipline, the glute ham raise (or GHR) will teach you what a hamstring exercise feels like. Make sure that the body stays flat from the knee to the top of the head by flexing the glutes and core tight, while using the hamstrings to execute the movement.

Coaching Notes: If you don’t have a GHR, the TRX Hamstring Curl is a great alternative. Again, make sure you’re totally flat from knees to head, and as you bring the knees towards the butt, keep the glutes engaged and press them towards the ceiling. These should be done under control, and with a pause at the top for good measure. Thank me later.

Coaching Notes: This exercise was studied by English researchers who noticed that female soccer players in the U.K. suffered from an abnormal amount of ACL tears. After introducing these, knee injuries dropped by an astounding 80% the following season.

Like all GREAT things though, this one takes some practice.

I prefer doing the negative or eccentric version of this move, as it yields immediate benefits, and doesn’t take a long period of time to perfect, like it would to be able to do the full version of this exercise. 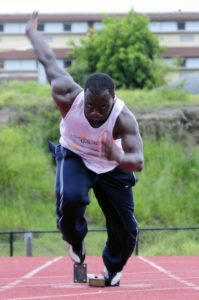 Coaching Notes: Sprinting is a hard exercise that’s more related to a 3 rep max squat than it is to jogging. It requires a lot of preperation of the muscles and ligaments if you want to do it well.

Start off by using a hill, this will slow you down, guard against injury, and focus on proper mechanics.

When first starting out, make sure to warm up will with a few slower jogs, then by sprinting at 60%, 70%, and 80% of your top speed before really opening up. However, this will get you leaner than any other exercise. However, beware. You get what you pay for, and results are expensive.

You NEED to train your hamstrings, and don’t be afraid to go hard and heavy. The hamstrings can handle a lot of stress, but often the limiting factor is the low back in many of these exercises. Bulletproof your low back by performing the last 3 exercises – the ones that target both knee flexion and hip extension.

I recommend that you train your hamstrings/glutes before squatting. Putting blood flow into the hamstrings can help the squats feel more natural and pain free, especially if your knees have some miles on them.

Use these tips to squat, run, jump, and throw with power and efficiency. 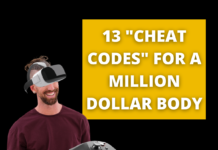 13 Cheat Codes to get a Million Dollar Body 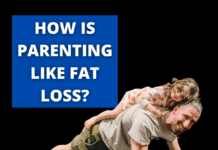 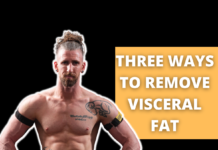