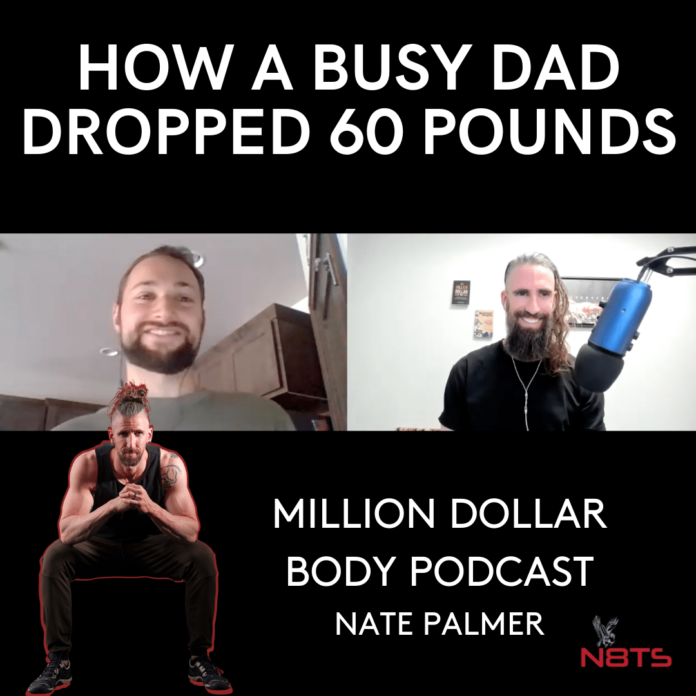 Has this ever happened to you? You’re singing along to your favorite song in the shower, high volume, and all the sudden it hits you like jet mode on your the shower head—you’ve been singing the wrong words to the chorus for the last six months. The light bulb explodes in your head and everything changes. There’s a cosmic shift because now that you’ve heard the right lyrics, you can’t ever go back to singing the wrong ones.

That’s exactly what it was like for my client, “The Knife Mensch” Jared, when he lost 60 pounds as a busy dad and direct sales guru on the Million Dollar Body program. When he reached his goal weight, it was like hearing the right lyrics to a song that he had been singing wrong for years. After that, he couldn’t even envision going back to his start weight or anything near it.

How A Busy Dad Dropped 60 Pounds: A Food Strategy, Not A Diet

When I asked him what led him to prioritize his health and fitness by working with me, he replied with an interesting insight about the way he was eating. He said, “I wasn’t eating healthy, I was eating ‘deliciously,’ ” which meant he was eating whatever satisfied his cravings without any consideration for how his nutrition was affecting his energy and his health.

He continued, “I was in denial about how out of shape I was.”

But here’s the really cool part. After he lost sixty pounds, I asked him the same question again about how he is eating now. Jared has made a complete transformation from eating whatever he wanted, whenever he wanted to strategically using food as fuel. His primary question before he eats now?

What do I want to get out of this food? How do I want it to fuel me?

How A Busy Dad Dropped 60 Pounds: The Far-reaching Effects

On this week’s episode of the Million Dollar Body podcast, I’m talking to Jared about how dropping sixty pounds has changed his confidence, his relationships, his endurance, and even how he shows up to work on a daily basis.

I’m so proud of the hard work Jared put in consistently in the Million Dollar Body program to get to where he is today—sixty pounds lighter! If you’ve been on the fence about prioritizing your health and fitness, especially if you think you’re too busy, this episode is for you.

Do the Boring Work 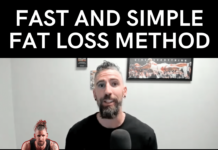