If you live in the greater Phoenix metro area, you know what Camelback mountain is. If you’re not from the area, or you don’t pay attention to local topography, it kind of looks like this 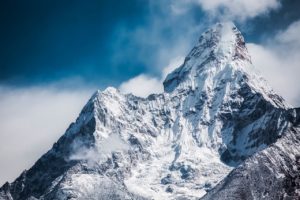 Less snow on top, and really no grass leading up to it, but just about the same. If Paradise Valley had an evil overlord, he would most assuredly live in a fortress in camelback mountain. There’s no doubt in my mind. It’s recently become a goal of mine to wake up super early in the morning, drive to the base of camelback, and climb up it once per week. And since I apparently can’t think clearly, I’ve been wearing my Vibram 5-fingers going up. Mine look like this:

They’ve got a super awesome rubber sole, and mesh on top to keep stuff out. At first they’re weird to wear. Separating your toes like that is not something we’re used to doing, so it can be kind of uncomfortable, or at least a new sensation. It also takes about 2 weeks to break them in. If you think you’re super hardcore, can handle anything and don’t need to read directions and decide that breaking them is only going to take you 1 day, you can end up with a minor stress fracture in your foot.
Here’s how!