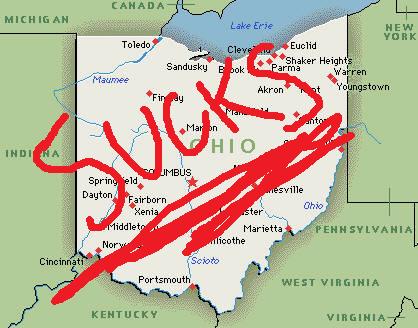 Are you having a bad day today? Do you have bad days every so often? Is it hard for you to wake up on Monday mornings?

Perhaps you’re suffering from vitamin S deficiency (the S, of course, stands for Suck it Up). For just 3 easy payments of 19.95, you can cleanse yourself of all the negative toxins surrounding your body, and we will ship you a box full of an eagle talon, 1 gallon of homemade cactus foam, ( perfect for birthdays) and a picture of your spirit animal that has been blessed by a REAL LIFE shaman! (Doubles as postcard).

Now, as a sheltered white kid growing up on the mean streets of Scottsdale, I haven’t had very many bad days. I don’t know what it’s like to be a parent; I’ve never experienced crippling hunger, terminal illness, or war. I would consider my life “pretty easy”, compared to many people in the world.

So, in an effort to expand my horizons, make a few bucks, and gain some experience to get the job I wanted, I embarked on a little adventure during the summer before my Junior year of college.

Let me tell you a little story about my worst day on Planet Earth.

From what I’ve heard, it’s important to have a good background to the story so that the reader is not lost while – – reading the middle. During my sophomore year of college, I was approached by someone on the grassy part of the University of Arizona campus. I begrudgingly took my headphones out, and was surprised to learn that they were not trying to convert me. (I was wrong)

All they wanted me to do was get some sales experience, and make 1 million dollars while traveling the country and having my wildest dreams come true. I eagerly signed up, because hey, what’s the worst that could happen?

I soon found myself driving my car across the country to Nashville TN for a week long sales camp where I learned all about how to sell books to people that have computers.

Did I mention that I would be selling these books door to door? Because that’s what I was doing.

I also learned that I would soon be making millions of dollars if I followed several key principles.

So knock I did. My assigned territory was the lovely Ashtabula County in Ohio. One of the cities I was working in was called Conneaut.

Famous for being the “sharpest corner in Ohio”, Conneaut’s chief export is crippling depression and sloppy obesity.

With all of this in mind, let’s jump right in.

It’s 7:42 am on a Friday. The sun is shining, the birds are chirping, and the hero of our story is parked in his maroon 1997 Nissan Sentra on a street where he plans on starting his day by helping some kids get better at math or whatever.

Since it was not quite 8am, I’m sitting and waiting, and going over notes about my direction that day. I kept detailed maps in order to keep myself from backtracking and to stay organized with my approach. (My territory was well over 50 miles long and 30 miles wide.)

When lo and behold, and gentleman from out of nowhere is gesticulating angrily and talking on the phone loudly behind my car. This happened more than you would think, since I drove a car slowly through neighborhoods asking people about their kids.

Being an honest person, I get out of the car with my badge and permit to talk to the angry man, who upon closer inspection, was a man I had spoken with 3 days prior, who at the time seemed interested in buying some books.

I receive only a glare as this man hangs up his phone.  For simplicities sake, we’ll call him alcoholic Jim (AJ), because his name was Jim, and he was clearly drunk.

As I hold out my badge for inspection, and try to pick up where we left off (“how bout those encyclopedias eh?”) AJ swats my badge down onto the pavement and starts YELLING at me.

He’s bellowing horrible, awful things that I wouldn’t call anyone (here’s a hint: they rhyme with smedofile and smild rolestor), out in broad daylight in the middle of the street.

I can smell the alcohol on his breath, and quickly decide that presenting a logical argument to a man who outweighs me by 100 lbs and is trashed by 8am, would be an exercise in futility.

I politely excuse myself, get back in the car and drive away.

AJ grabs me by my throat and throws me up against the side of my car like a ragdoll. Harnessing the powers of alcoholism and depravity, he punches me in the face and neck repeatedly until I’m bleeding from my nose and mouth.

Not one to pull any punches (get it?!) he continues to shout at me and tell me that if he ever sees my no good rotten behind in his city ever again, he’ll really let me have it! (Note: paraphrased.)

I pry my car door open; get inside and leave, faster than humanly possible. I’m shaking; bleeding, very sad, and very angry, soI drive to the sheriffs office where I will extract my vengeance by telling this story to the righteous upholders of light, the men in blue, Conneaut’s finest etc.

I get there, and the Sheriff (Conneaut only had one) greets me. I definitely start crying.

Between blubbering like a kid with soap in his eyes and wiping the blood off my face, I finally manage to get my story out under the sheriff’s kind eye. I tell him that I’d like to file a police report.

“wellllllll” he drawls, “seeing as how you’re not from ‘around here’, I don’t think that would be a good idea. But if you want, you can come in and we can put you in a cell for safety…”

My mind starts racing, “Should I run? Calmly stand up and walk away? I choose the latter, excuse myself, while denying that I’m hurt at all, and once again I find myself peeling out and leaving.

Needless to say, I get the F out of that city.

I drive about 25 miles away to the neighboring city of North Kingsville. A city with a population of about 2,500. Less than my high school.

Shaken up, bleeding a little, and clearly not in my right mind, I go back to knocking on doors trying to sell books. The conversations go something like this:

Lady: Good Lord, what happened to your face?
Nate: Wanna buy thome bookth? For kidth?
Lady: Oh, are you doing this to raise money for people with down syndrome?
Nate: I hate you.

Lady: <peering cautionsly from behind the door> Yes?
Nate: I’m thelling books. Do you want any?
Lady: Ummm, no. I don’t think so
Nate: I don’t blame you.

This sad sack mopey time continued for the better part of an hour when I was interrupted by the sound of police sirens. Hooray!

The police come up to me while I’m talking to a rather portly middle aged woman who was eating veggie pizza (because it’s lo-cal). They read me my rights, and ARREST ME.

They take me and my book bag full of debacherous materials down to the station (read: double wide) and tell me that since I was soliciting without a permit, I was going to be booked and spanked accordingly.

I tell them my story, do a lot of whining, and swear up and down I will never come back to their village, and finally, they say they’ll let me go. I don’t get booked, so there’s nothing on my record, and all is well with the world.

However, being that there is only a single police officer and he was on break, no one was available to take me back to my car, a paltry 4 miles away.

I leave the station, book bag in hand, and trudge back to my car.

Upon reaching my lovely vehicle, I repeat my mantra “the answer is always behind the next door”, and off I go, back to the dreamy city of Conneaut.

I stay on the outskirts of the city, but the day pretty much goes as expected.

Nate: Want to buy some stupid shitty books?
Person: Ummm, no. Probably not.

Normally I would just ask people if I could use their bathroom, but since I was already so shaken up, and I didn’t want to be inside someone’s house which reeked of cat pee and poverty, I ended up just driving to the nearest gas station instead.

On one such trip, I exit the bathroom and the gas station to find Alcoholic Jim and his ragtag band of misfit Juggalos standing around my car. AJ is holding a crowbar, and one of the other gentlemen is holding a bat.

I turn around, walk back into the bathroom, lock the door and sit on the toilet hating everything in the entire world. A few people knock on the door or ask when I’ll be done. I reply “never. Go away”.

About an hour later I emerge to check on my precious car to find that all of my windows have been broken, and there is a large hole in the windshield, which provides delightful access to the elements.

I get back into my car, almost blind with rage, and before I go peeling out of this particular parking spot. I promise m

yself that I will not go home without selling at least one book.

And finally, I got to a house on the outskirts of Conneaut where I met the two loveliest people in the world. I don’t remember their names, but I will never forget them. They invite me inside, give me some dinner and a beer, and they decide that yes, they will purchase some books for their 3 year old. The price tag on the books was 37.99. My commission was 12 dollars.

But it was so worth it.

So now any time I’m having a bad day, or I’m frustrated that life’s not fair or I can’t get what I want, I think back to that day, and realize that complaining is useless bullshit. No matter what you want to accomplish, whether its weight loss, starting a business, or moving to Alaska, the only limitations are the ones you set on yourself.